Scientists have sequenced the oldest genome to date—and shaken up the horse family tree in the process. Ancient DNA derived from a horse fossil that's between 560,000 and 780,000 years old suggests that all living equids—members of the family that includes horses, donkeys, and zebras—shared a common ancestor that lived at least 4 million years ago, approximately 2 million years earlier than most previous estimates. The discovery offers new insights into equine evolution and raises the prospect of recovering and exploring older DNA than previously thought possible.
Go To Article
Posted by Unknown at 06:24 22 comments:

June 24, 2013 — Evolution, it seems, sometimes jumps instead of crawls. A research team led by a University of Chicago scientist has discovered two key mutations that sparked a hormonal revolution 500 million years ago.

What caused the Cambrian explosion? « Why Evolution Is True


What caused the Cambrian explosion?

The “Cambrian explosion” marked the rapid appearance of many animal phyla that persist today, and began about 570 million years ago (mya). Life itself appeared in the fossil record as simple cyanobacteria—”blue green algae”—about 3.6 billion years ago (bya); the first “true” cell with a nucleus probably arose about 2 bya; and the first multicellular organism between 1 and 2 bya.

The “explosion”, contrary to some creationists, wasn’t instantaneous, so it couldn’t have marked a single creation “event” at one time. Rather, the origination of many (but not all) modern phyla occurred between 570 and 540 mya. So the “explosion” took at least thirty million years.

Go To Article
Posted by Unknown at 08:35 No comments:

Email ThisBlogThis!Share to TwitterShare to FacebookShare to Pinterest
Labels: Evolution

A Transitional Turtle | Eye on the ICR

Turtles: how did they evolve?
Turtles (a group which includes within it tortoises) are most famous for their shells, which are made of their fused ribs. No other animal has a shell constructed in this manner, and it is a feature that all turtles share. The turtle evolution question, therefore, is somewhat synonymous with how turtle shells evolved. It’s also a case where creationists might reasonably ask “where are the transitional forms” – how do you get to shell from no shell? Unfortunately for them, fossils that fit the bill do exist. In 2009, for example, fossils of Odontochelys were discovered in China. This turtle had a complete plastron, the bottom of the shell, but instead of the upper part (the carapace) it merely had broadened rib bones. That sounds like a transitional form to me.
Go To Article
Posted by Unknown at 17:32 No comments:

June 25, 2013 — Scientists have added another piece to the evolutionary puzzle to explain why certain mammal families evolved to be very large, while others remained tiny.
Go To Article

Email ThisBlogThis!Share to TwitterShare to FacebookShare to Pinterest
Labels: Evolution

Although humans and chimpanzees separated six million years ago, we still share 96 per cent of our genome and the gene is one of only about 30 which have copied themselves since that time "
Go To Article
Posted by Unknown at 17:59 3 comments:

Posted on February 16, 2013 by Chad Jones
Last week I pointed out some common misconceptions about evolution and arguments that  are often used to support creationism. This week I would like to share some of what I feel to be the strongest evidences for evolution. I feel like too often in debates about evolution the focus seems to be on refuting creationism instead of correctly presenting evolution – and the science is really awesome. With the evidence I present here I seek to answer the following questions:
What is the fossil evidence for evolution?
What can we learn about evolution from living animals?
Does evolution present any testable predictions?
What is the fossil evidence for evolution?
One of the common arguments against evolution is “where are the transition fossils”. This is perhaps the weakest of all arguments against evolution. The transition fossils (or casts of the fossils) are available in every reliable natural history museum. Wikipedia has an extensive list of transition fossils. These fossils include the human evolution of Australopithecus to Homo Habilis to Homo Erectus to Homo Sapien. They include evolution of invertebrates to fish. They even include the evolution of insects.
The fossil evidence is extensive, and the argument that we don’t have fossil evidence is tired. Creationists quickly say things like “just show me the transition fossils” or “where is the missing link”, but we actually have quite a bit of fossil evidence. Just this last week Dr. Steven Novella wrote a great article on feathered dinosaurs – an excellent example of transition fossils.
Unfortunately, each time new evidence of this type is presented creationists treat the new fossil like the hydra from greek mythology – finding one transition fossil just creates two new transitions whose fossils haven’t been found yet.
Go To Article
Posted by Unknown at 11:26 3 comments: 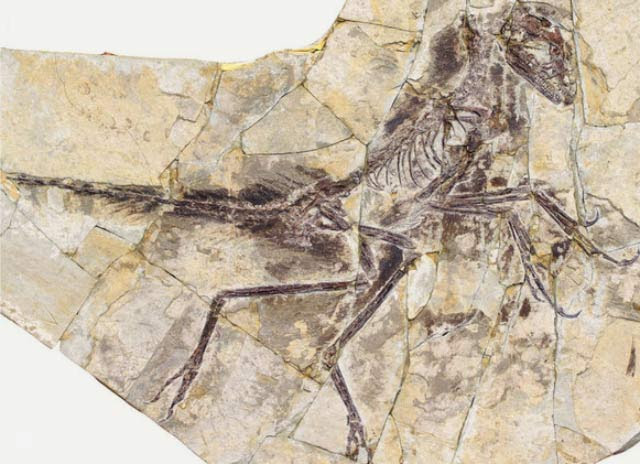 
Humans are the most successful primates on the planet, but our bodies wouldn’t win many awards for good design. That was the consensus of a panel of anthropologists who described in often-painful (and sometimes personal) detail just how poor a job evolution has done sculpting the human form here Friday at the annual meeting of AAAS (which publishes ScienceNOW). Using props and examples from the fossil record, the scientists showed how the very adaptations that have made humans so successful—such as upright walking and our big, complex brains—have been the result of constant remodeling of an ancient ape body plan that was originally used for life in the trees. “This anatomy isn’t what you’d design from scratch," said anthropologist Jeremy DeSilva of Boston University. "Evolution works with duct tape and paper clips."
Go To Article
Posted by Unknown at 15:36 No comments: 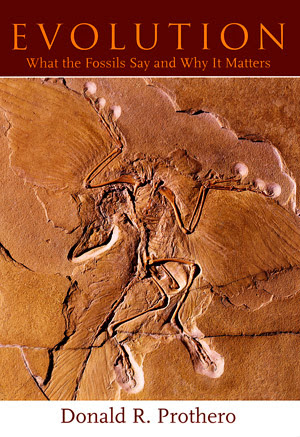